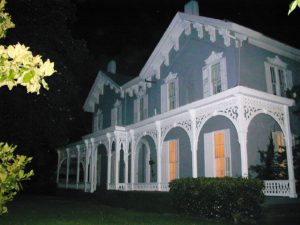 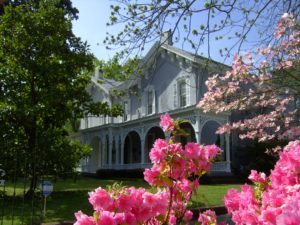 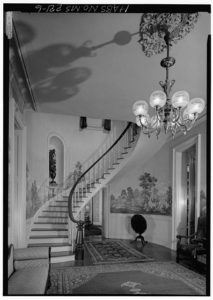 I bought this house in Holly Springs, Mississippi in May, 2008. It is beautiful but requires constant maintenance. Nearly anything you can possibly imagine has happened at one point or another. It’s like having a tiger by the tail, really. I always wanted a Southern antebellum mansion ever since I first read Clarence Laughlin’s masterpiece `Ghosts Along the Mississippi.’ Its interesting historically in that it was the first house in Holly Springs to have running water. The two large cisterns are still in the attic above the second floor.

I’ve learned the hard way that this house would literally take every cent you could put in it. The former owner of nearby Walter Place gave his wife an unlimited budget, “and that wasn’t enough,” he sort of laughed. Sort of. Be that as it may, it is really a wonderful and tranquil place. It was haunted, at first, but no longer appears to be. It is literally impossible to heat, given its open hallway on both floors and 15′ ceilings. All heat goes straight up and out of all of its eleven fireplaces. Still, it will remain a work in progress. The strange thing to me after more that twelve years, is that it is a really formal house, and I am absolutely anything but. All my beer signs, questionable artwork, and car parts are confined to one upstairs room, and although the house is large by my standards, I can only be in one place at a time, and seldom go into some rooms at all.  At this stage in my life, I fully realize, and not just in theory, that I own nothing. At best, I have use of this house for a bit, and then it ends up with whoever is next, but my wife and I have had this uniquely wonderful experience together, and my gratitude for that is truly boundless.

Welcome to my site

Hello, and welcome to my site! I hope you enjoy the books I've written, as well as those from other authors, especially Deathcat's first, book, `Glenwood.'